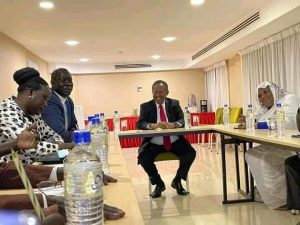 The Sudanese Prime Minister, Abdalla Hamdok assured that resolving the issue of Abyei is not difficult for Sudan and South Sudan, since they managed to achieve peace and stability.

The Sudanese premier said this in a meeting with the Deputy Chairperson of the National Committee for the Final Status of Abyei, Hon. Deng Alor Kuol in Juba on Friday evening.

Both sides also agreed on holding a meeting soon either in Juba or Khartoum to discuss the final status of the region.

Abyei remains contested between the two countries since 2011 when South Sudan gained her independence.

The Ngok Dinka held a referendum in 2013 and voted to become part of South Sudan but the results were not recognized.

Akuar community conference concludes with call for peace and unity